Helping men and women achieve the looks of their dreams since 1981, board-certified plastic surgeon Dr. John V. Williams and his staff at the Premiere Center for Cosmetic Surgery of Tampa uphold a strong reputation of plastic surgery success among their community of satisfied patients in Tampa, FL. Featured as one of America’s most accomplished physicians in the 2019 “Who’s Who Top Doctors Honors Edition,” Dr. Williams’s unique path to the forefront of the field of plastic surgery has taken him all over the world. With his diverse experience and eye for beauty, he emphasizes open communication with his patients so he can understand their needs and goals to attain the aesthetic they desire through the most modern and safest methods possible.

Dr. Williams's medical training began with the National Health Services in London, England, and the Sahlgrenska University Hospital in Gothenburg, Sweden. He started surgery training at the internationally acclaimed McGill University in Montreal, Canada, and finished his general surgery residency at the prestigious Columbia Presbyterian University in New York City, United States after graduating medical school from the University of Medicine and Dentistry of New Jersey (UMDNJ) in Newark, NJ. Dr. Williams remained in New York City to complete his plastic surgery training at Weill Cornell, the New York Hospital, which is one of the highest ranked medical centers in the United States. He also received advanced liposuction training in Paris, France from Dr. Yves Illouz, one of the inventors of this popular procedure.

Dr. Williams prides himself on customer satisfaction and goes above and beyond to ensure the best possible outcome for every patient. After performing over 4,000 successful breast augmentations and countless breast lifts, tummy tucks, and facelifts, he’s confident he and his staff at the Premiere Center for Cosmetic Surgery of Tampa will live up to their reputation as the best in their industry. He is also pleased to offer nonsurgical treatments, such as BOTOX, dermal fillers, PRP therapy, and laser peels.

Dr. Williams is honored to be a member of the following nationally and regionally accredited associations:

Dr. Williams is widely recognized as one of the top plastic surgeons in the country, which has earned him the following decorations: 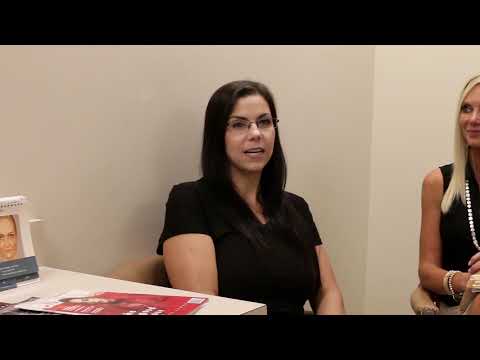 Welcome to Premiere Center For Cosmetic Surgery of Tampa

"Dr. Williams was awesome! I had plastic surgery from a nationally renowned surgeon in Houston and my incision got infected. Dr Williams treated me for the infection which required antibiotics and additional surgery to removed the infected tissue and another surgery to sew me back up. His work was neater and tighter than the first surgeon’s. I returned for more liposuction later and he did a wonderful job! His staff is very friendly and it’s super easy having procedures performed at his office. Everything was first rate!"

"There are no words for how beautiful I feel! Ever since I was little I dreamed of having a small cute nose and my dreams have finally come true. If you are ever considering having a rhinoplasty do it! Dr. Williams has changed my life and I have never felt more confident!"

"After losing 70+ pounds; I went to see Dr. Williams for a tummy tuck and arm lift in June 2020 Dr. Williams and his staff are super friendly, knowledgeable and made me feel so comfortable. Due to the time under anesthesia needed to do both procedures at one time; I chose to do the arm lift first. I had my arm lift in July 2020. I am beyond pleased. My after care was top notch and I am very pleased with the outcome of my arms. They all truly, truly care about their patients. I can now wear sleeveless shirts with confidence. I am scheduled to return in December 2020 for a lower body lift!! I am super excited to see those results! Thank you to Dr. Williams and all of those sweet girls that work with him! If you are considering any kind of surgery; I highly recommend Dr. Williams!"

"Great staff and had an excellent surgical experience with awesome results!"

"From the second I stepped into this office I was greeted very warmly by both office staff and Dr. Williams! They worked with me to make sure I was happy and comfortable throughout the entire process before, during, and after my surgery. I could not be more pleased with the quality and skill Dr. Williams has in addition to the pride he takes in his work. He even reassured my mom while I was in recovery which meant so much to me. I would highly recommend Dr. Williams for all of your plastic surgery needs!"

Wondering if there are health benefits of plastic surgery? Here’s what you need to know about how going under the knife can improve your health.

Premiere Center for Cosmetic Surgery of Tampa is pleased to share information about a new arm lift procedure for sagging arms we offer.

Dr. Williams is a board-certified plastic surgeon in Tampa, FL who has been practicing for 37 years serving men and women with aesthetic care.

*Individual results are not guaranteed and may vary from person to person. Images may contain models.